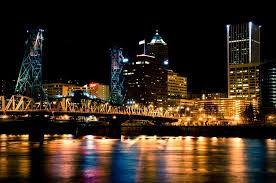 PORTLAND, Ore – In the past week the top Portland Oregon Rental News has been about the latest trend that many investors in Oregon and across the United States are engaging in the buying of multi-family rental properties across Portland, evicting the current tenants, renovating and then selling or re-renting those properties at much higher rents.

Over recent weeks it’s not been uncommon for many Portland Oregon residents who live in apartment buildings to come home after a long day at work to find themselves facing an eviction notice in the mailbox because, their building has been recently sold and the new owners of the building needs the current tenants out so that they can renovate it.

The sad thing is that many of these tenants who have recently received eviction notices are already on fixed incomes and can’t afford to pay higher rents for apartments, especially in Portland, were it’s not uncommon to find one bedroom apartments renting for $800-$1000 per month.

In a recent interview with Oregonlive.com, Mary Gabelsberger, a longtime Portland Oregon resident, came home one day to find out that she’s been evicted from her apartment located on South East. 29th St. in Portland, right around the corner from Safeway.

What was Mary’s response to the reality that she would have to eventually move into a more expensive apartment? Having lived through many ups and downs in the past she’s resolved to “make more soups and stews” to get by.

Gabelsberger, now age 77, could barely afford to live in Portland right now as it is because she’s surviving on a fixed income from Social Security and charity from her family. Thanks to housing assistance she’s been able to afford to pay $600 per month in rent for the last 14 years but with rent going up almost every day here its’ unlikely that she will be able to find a similar rent in Portland again.

Be Out By Halloween

Although many Portland Oregon residents enjoyed Halloween this past weekend, October 31st was far from an enjoyable holiday especially for many residents like Mary Gabelsberger, who were legally required to be out of their apartment buildings by Halloween.

It’s hard to believe that Portland has seen close to $2 billion in building sales in 2015 alone and the scary thing is that building sales are not done yet since we still have two more months left in this year and this means that many more people like Mary Gabelsberger could find themselves facing eviction by January 1st, 2016.

With the huge demand for multifamily properties across Portland, rents have increased this year at a 14% rate region-wide and what’s even more shocking is that some counties are reporting seeing increases in rent that are double, or even triple, the 14% increase in rent that Portland has seen this year.

In the past if not been uncommon to see rents increase in cities like Portland especially when we are going through a booming economy but, the aggressiveness of rent increases and demand for multi-family properties this year has shocked many long time analysts including Jeff Capen, principal Broker with Portland’s Dennison Capen Group Reality.

In a recent interview Capen confessed to not having seen as much cash in the Portland Oregon marketplace in recent memory.

These days many investors are quick to snap up multifamily properties like the one Mary Gabelsberger has lived in for the last 14 years.

Sadly, many multifamily properties across Portland are being purchased for more than the $89,000 per unit because investors know that once they renovate each unit they can rent them for far more on the rental market than what they are currently renting for right now.

Gabelsberger’s multifamily building that she’s lived was an uncommon situation because, the building’s former owner owned the building for many years and purposely kept the rent low but, once he passed away his wife who is now in her 80s decided to sell the property due to issues like deferred maintenance that she couldn’t afford to keep up with.

The property was sold in August of this year for over $2 million to a limited liability company called Star Metro properties.

For tenants in Portland Oregon Rental News recently like Mary Gabelsberger it’s been frustrating to say the least to find out what her options are now that she has to move and she’s been looking for a new apartment in Portland for at least several weeks.

Thankfully after searching long and hard for a new apartment in Portland Oregon, Mary Gabelsberger was finally able to find an apartment for rent, but the catch is that the new apartment rents for $880 per month, a 47% increase over what she was paying in her former apartment building.

Now that she’s found a new apartment for rent in Portland, Mary will also have to pay relocation costs to move from one building to another and, Star Metro, the company who purchased the apartment building that she’s currently living in has offered her $500 in relocation assistance but she’s not received any money from them yet.

Like the miners who once came out West to search for gold, a new gold rush era has seemingly started in Portland Oregon because, many investors are eager to buy apartment buildings, fix and then flip those apartments or individual units for huge profits.

While some investors may opt for the fix and flip strategy, other investors will stick with the time-tested strategy of renovation then re-renting those properties for much more than what they may have rented for in the past.

Sadly many investors from Oregon and across United States have been able to capitalize on a recent loophole from the city of Portland Oregon which requires landlords to give their tenants a 90 days’ notice that they will be raising the rent by 5% or they can evict the tenant without cause.

The loophole comes in to play because, the new regulation from the city of Portland Oregon does not go into effect until November 13 so landlords across Portland have the opportunity to raise the rent on their tenants now before this new requirement is law.

Besides the new regulations concerning rent increases in Portland, other organizations like the Community Alliance of Tenants are calling for the city to adopt other regulations to protect low income tenants like asking Portland to adopt a one-year moratorium on no cause evictions, or require a 12 month notice for rent increases.

Many officials inside the city of Portland like Commissioner Dan Saltzman, who’s the head of Portland’s housing Bureau, have said that they’d like to do more to protect low income tenants and are currently looking for additional ways to bring the balance back to Portland Oregon between providing affordable housing for all tenants while at the same time not stopping the progress that’s been made during the recent housing recovery after the market collapsed in 2007.

How to Find Affordable Housing in Portland Oregon

We will save you the time, money and hassle of searching for apartments, townhomes or single family homes for rent in Portland and make the job of finding your next home easy for you.

To get started with searching for an affordable rental property get Portland Oregon Property Management by calling (503) 515-3170 or click here to connect with us online.