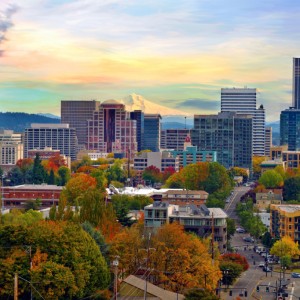 PORTLAND, Ore. – “What’s happening with Portland Oregon rents?” This is the BIG QUESTION that every landlord and renter in the area want to know since rents have continued to rise over the last two years and with the start of a new year everyone wants to know if the trend will continue.

Rents Are Down in Some Areas

As of January 2017, rents are down in some areas across Portland Oregon but they are also up in others. Right now, the average for a median two-bedroom apartment in the city is $1,600 per month, but the good news is that rent is also down about 0.6 percent from the same time in 2016.

Portland Oregon currently ranks number 21 of the most expensive cities in the United States but the good news for renters is that rents here are still more affordable than other cities on the West Coast like San Francisco where rents have risen by 6.7 percent in the last year alone.

Over the last 24 months Portland has been one of the most attractive relocation destinations in the United States, especially for Millennials, and thanks to the increase in construction, and increase in tech jobs that Portland offers, we can expect another strong year of growth for 2017.

Renter Incomes Are Up

Another thing that’s seen marked improvement over the last year is that renter incomes are up in Portland Oregon by 8.7 percent and that’s also good news for landlords because they can have confidence that their tenants will be able to afford to live in their rental properties as rents increase.

There’s no denying that when incomes are up, and more jobs are coming to Portland, renters many renters also want to live in Portland most iconic neighborhoods including:

As for cost burned renters, the good news is that the City of Portland Oregon is also doing more to help those renters whose incomes have not kept up with rising rents in recent years.

The Portland City Council on Wednesday approved spending up to $51 million on an apartment complex in Northeast Portland, a step to ease the city’s housing crisis, amid criticism officials are overpaying.

The Portland Housing Bureau proposed spending $47 million on The Ellington, a complex with 263 units on 11 acres near Northeast 66th Avenue and Halsey. Repairs could cost as much as $10 million, Housing Bureau Director Kurt Creager told The Oregonian/OregonLive.

Much of the money would come from the city’s newly approved $258.4 million affordable housing bond, but that money will not be used until next summer. The city also approved a short-term line of credit, which it will pay back with bond proceeds. The Council could vote next week on whether to transfer funds from the Bureau of Development Services to help fund the purchase.

The unanimous vote comes without a final appraisal of the property. The housing bureau told The Oregonian/OregonLive it doesn’t have a written policy requiring appraisals, a measure that can ensure taxpayer money is well spent. Portland’s urban renewal agency, which also handles multimillion-dollar sales and once oversaw housing, explicitly requires appraisals.

“This is an example of being opportunistic and striking when there is something in front of us,” Commissioner Nick Fish said. “I’m persuaded that if we didn’t seize this opportunity, a lot of people would be hurt.”

The vote also follows outcry from one of Portland’s former housing directors. Margaret Van Vliet wrote a letter to Mayor Charlie Hales urging against the purchase. Van Vliet, who recently stepped down as director of Oregon’s state housing agency, called the property’s physical condition “questionable” and its price too high.

Save Time and Money with Portland Oregon Property Management

Grow your Portfolio of Portland Oregon Rental Properties in 2017 with our professional and affordable property management service.

We specialize in all aspects of property management including tenant screening, tenant selection, maintenance, customer service, rent collection and more! 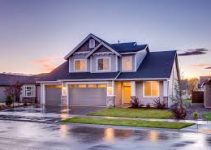