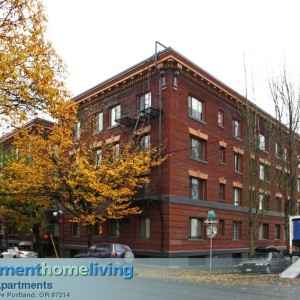 PORTLAND, Ore. – Just days after the new rules were implemented which require Portland Oregon Property Management and owners to give their tenants a 90 day notice that they will be evicted, or their rent will be raised, a local apartment owner has sued the City of Portland claiming that these rules violate state law.

This lawsuit was filed on behalf of Melcliff Associates by their attorney, John DiLorenzo; in the lawsuit they state that the City of Portland’s brand-new policy which they claim will protect renters by giving them a 90 day notice amounts to what can be classified as rent control.

Most landlords and Portland Oregon Property Management companies know the state of Oregon does not support rent control at this time, even though there is currently a movement to have similar rent control measures implemented like those in New York, so it’s no surprise that Melcliff Associates is using this argument as the basis of their lawsuit.

In a recent article on oregonlive.com the City of Portland issued their response on if they supported rent control or not:

“The City Council has already stated its preference in legislative hearings to enact local rent control ordinances and would likely do more if it could overcome statutory pre-emption,” he said in an email.

It’s easy to see why some property owners fear the possibility of rent control in Portland and Metcliff Associates issued this response to the new 90 day policy in Portland by saying that their company: “faces a real and immediate threat and irreparable injury by virtue of the chilling effect”.

Owned and operated by Tim Gray, a Portland Oregon resident, the company currently owns over 50 Oregon Apartments and, they’ve been in the news since 2011 when they hired their attorney to go after the city on allegations that Portland was abusing utility dollars.

Regardless if you support Portland Oregon Property Management including property owners like Metcliff Associates or not, everyone will agree that there is a real problem with the lack of affordable rental properties in Portland and an even bigger problem with escalating rents which seemed to be going up every single month this year.

Right now the city of Portland Oregon currently has one of the lowest vacancy rates across the United States at near 1% so there’s no denying that something had to be done about this problem but did the City of Portland take the right step to pass their 90 day rule at this time?

Launched in October by a Commissioner Dan Saltzman, the head of Portland’s housing board, the new rules are meant to protect renters but, will the rules ultimately be trumped by state law?

Requiring property owners to submit a 90 day notice to their tenants before they raise rent or evict certainly seems fair but Saltzman was going to take a step further by requiring owners to abide by the notification period of 120 days although he settled on 90 days.

In a note that he recently sent to oregonlive.com DiLorenzo said the city is already pushing the envelope with their 90 day notice requirement.

DiLorenzo claims that the new 90 day policy was absolutely horrible considering that the city only gave landlords just 30 days notification regarding the impending change but, now that this law is in effect the next question is when is this lawsuit going to court?

The answer is sometime in February 2016 so hopefully between now and February more Portland Oregon residents will have time to find new apartments, townhomes and single-family homes for rent thanks to their 90 day notice since it’s anyone’s guess if the new 90 day notice policy will remain in effect once this case goes to court next year.

Now that tenants are finally benefiting from the new rules which requires landlords to give tenants a 90 day notice that they will be raising the rent, we know that property owners across Portland Oregon reaped huge returns this year especially from low income tenants who were subject to a huge amount of rent increases.

Thanks to housing authority officials and Portland Oregon Property Management we know that over 3,000 low income Portland Oregon residents have received rent increase notices this year and these increases are affecting everyone including Portland’s local Section 8 agency because, Section 8 pays 30% of a tenants rent as well.

“I’ve never seen where we’ve had the majority of our owners raise the rent,” said Dena Ford-Avery, Home Forward’s director of housing choice vouchers, who’s worked for the agency for nearly 28 years.

Home Forward receives $70.8 million from the federal government to pay for the voucher program.

What’s not often talked about when it comes to Section 8 is that low income tenants often are first to take a hit because Federal subsidies don’t always cover rent increases and in the case of low income residents in Portland it’s been found that Federal Subsidies are up to 3 years behind actual values because Portland’s rental market has increased so rapidly over the years.

Sadly, due to rapid rent increases across Portland there are currently more than 300 Section 8 voucher holders who can’t find any homes for rent and more than 700 people have been waiting for close to 3 years just to be approved for a Section 8 voucher alone.

Are you still trying to find a rental property in Portland Oregon but haven’t found one yet? Contact Property Management Systems today at (503) 515-3170 or click here to connect with us online.

We specialize in the Portland Oregon rental marketing and can save you the time, money and hassle of searching for a rental property yourself.