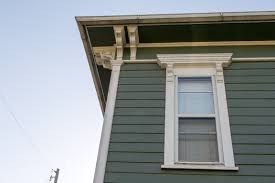 Sadly, Portland has been slowly losing its creative and cultural appeal over the last few months thanks to rising rents, and the wave of evictions that’s been hitting Portland.

Many artists, writers, musicians and other creative people have been leaving Portland in droves to move just outside of the city or to other communities in the Pacific Northwest.

Is this a good thing or a bad thing?

The answer to this question depends upon your perspective on the way the rent increases has been hitting Portland Oregon this year.

Although rising rents are definitely a good thing for the property owners and the city since more property and sales taxes will be paid, rapid increases in rents combined with a general lack of affordable housing for many artists, writers and other creative people has made it almost impossible for the average creative person to live in Portland especially since many artists live on fixed incomes often below what could be considered the national poverty line.

What’s being done to solve the Problem?

Thankfully Portland’s City Council has been doing more of late to solve the rapid increase in rents across Portland Oregon including pledging more money to for affordable housing construction in the city and implementing a new law starting tomorrow, November 13, which requires landlords to provide tenants with a 90 day notice that they will be increasing the rents but, many of the city Council’s efforts either seem to be too little, too late, or not enough.

One solution on the table is for Portland to consider the possibility of rent control like many other cities across United States including New York have been implementing for decades but, some landlords, business owners, and politicians in Portland are against the idea of rent control because, they feel that rent control would stifle the Portland Oregon rental market and create an unhealthy real estate market overall.

In reality the only real solution that’s going to solve the lack of affordable housing in Portland Oregon and also slow down the rapid rise of increases in rent is for more affordable housing to be built across city but, thanks to the recent collapse in the real estate market in 2007, and the subsequent collapse of the economy, construction across Portland is actually one year behind schedule because, when the economy collapsed, construction stopped, but now that the economy is back on track construction is slowly catching up to where it actually should be.

Until we have an increase in affordable housing built across Portland Oregon it’s likely that more artists, writers, musicians and creative people will continue their mass exodus from the city or, they will turn to other communities just outside of Portland like Hillsboro or Beaverton for housing that they can afford until they are once again able to move back to Portland sometime in the near future.

In a recent interview with SeattleTimes.com, Steven Olsen, a longtime Portland resident discussed how rent increases, a growing family, and of lack of suitable full-time employment have caused Olsen and his family to move back to Missouri:

“It used to be you could live in Portland on a part-time job, pay your rent, pay your bills and be pretty comfortable,” said Steven Olsen, 31, who moved to Portland from Missouri nearly a decade ago.

“I don’t really want to live in Missouri, but I also want to be able to eat,” he said.

What Is The Real Cause Of The Problem?

One of the biggest problems that’s causing the shortage of affordable housing in cities like Portland Oregon, San Francisco or even New York according to those who specialize in Portland Oregon property management and economic analysis is that we now have a shortage of cities because many college graduates who are under the age of 40 are choosing to live closer to the city center rather than moving out to suburban areas.

It’s no secret that many of today’s hottest companies like Microsoft, HP or Google are choosing to move their campuses closer to city centers and since many of today’s college graduates are seeking well-paying jobs, they are forced to move closer to the city so that they can work in the jobs that they trained for and put their education to use.

Besides an overall increase of college graduates under the age of 40 moving to cities like Portland Oregon, overall housing construction across the United States is still lagging far behind were construction was at before the recent recession and the real root of the problem is that incomes have not increased with the rising rents or the rate of inflation across the United States so we have more working poor and underemployed people now than ever before especially people like artists and freelancers who are often hit the hardest during times of economic instability or.

Creatives Being Forced Out Nationwide

10 years ago the city of Brooklyn New York was a mecca for hipsters and artists who took to the street and revitalized the neighborhood there with art galleries, street art, street performances and a creative flair that had been seen in a generation, sadly, due to the rapid increase in rents across New York, many of those artists or overall creative people have left Brooklyn as they are leaving Portland and are now choosing to move out to suburban or even rural areas for more affordable housing so that they can maintain their lifestyles.

As with the city of Brooklyn New York, Portland has a very low vacancy rate which is currently hovering around 3% and this qualifies Portland as one of the hottest, most competitive rental markets in the United States but, the economic prosperity that’s been benefiting property owners across Portland has definitely hit creative people hard including Susan Langenes who was recently forced to move out of Portland with her husband after having lived in the city for over a decade

Langenes like many Portland Oregon residents woke up one morning to the sad reality of a no cause eviction since her apartment building was recently sold to a Corporation who decided to evict all the tenants, renovate the entire complex and then flip the building for profit or rent the individual units out for higher prices.

Suaan Langenes managed to find another rental in the town of Milwaukee, only 5 miles away but, there’s no denying that Milwaukee doesn’t have the same creative appeal that Portland does, especially since many of her friends have left the city over the last few months due to rent increases and have moved farther outside of the city center or even have decided to leave the state of Oregon altogether.

In a recent interview Langenes said this about Portland:

“That vision of Portland as a place where people can have the freedom to invent their own job and not have to fight the awful rat race to keep a roof over their head, it may be going away,” she said. “It makes me sad.”