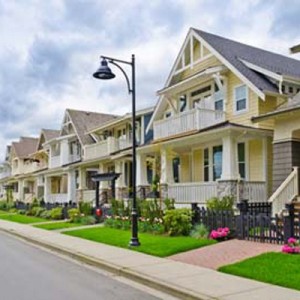 Thanks to a recent article on Portland’s oregonlive.com and the US Census Bureau, we know that there’s been close to 50,000 housing units that have been added since the last recession across Portland Oregon and most of these housing units are properties are renter occupied units.

This trend doesn’t just apply to just Portland alone, most of the properties that have been built in Clackamas, Washington, Multnomah and also Clark Counties can be also classified as renter occupied properties as well.

What’s shocking about the statistics is that even though we have more properties for rent in Portland Oregon and surrounding areas than we did just 10 years ago, the overall homeownership rate across the region has fallen to just 60% and this also explains why Realtor’s® in Portland are having a difficult time with finding inventory to sell because, most of inventory right now is rental properties.

Where Are The Highest Amount Of Rental Units?

In a recent interview with Oregonlive.com Tim Duy, that University of Oregon’s chief economist said: “This is a pretty expected change,” when referring to the statistics that shows that there are more rental units in the area now than owner occupied units.

What are the reasons that we have fewer owner-occupied units in area than rentals? Tim Duy cited the fact that stringent mortgage lending standards could be one of the culprits but, he also drew attention to the fact that cities like Portland have attracted a large amount of younger residents who are just getting out of college and like many recent graduates they make less money than older individuals and often are not married or have families.

If you’re a renter who is looking for property for rent Portland Oregon, or a longtime resident who may have owned the property in the area before the crash of the housing market in 2007, you may remember that thanks to week underwriting conditions including mortgage loans like stated income mortgage loans, many people were able to buy homes regardless if they really were able to pay back for mortgages or not.

Clearly, the heightened [pre-recession] interest in housing as an investment, combined with weaker underwriting conditions, certainly did contribute to more owner-occupied housing than you really would expect,” Duy said.

Where Has The Homeownership Rate Actually Increased?

Even though the homeownership rate has been decreasing across Portland, that’s not exactly the case in some neighborhoods surrounding including: Northern Woodstock, Reed, Triangular, Sandy and Cully.

The most popular areas in Washington County right now are the Hillsboro, Tannasbourne and Orenco Station areas.

Although we’ve seen fewer homes and properties for rent Portland Oregon in recent years the good news is that Portland metro area continues growing and most of the growth in Portland has been concentrated in areas like East Portland, Southeast Portland and the Hillsboro area.

From before to after the recession, the four counties grew by about 6 percent to 2,130,000. Multnomah grew the most, at 8 percent, while Clackamas grew the least, at 2 percent.

When we break down the data even further, the fastest-growing neighborhoods and districts in the Portland area include the following:

Low Income Families Are Moving Outside Of Portland

One common statistic that you may know if you have been studying properties for rent Portland Oregon, or general rental market news, is that lower income families having been leaving the Portland area in droves recently for more affordable areas that include the following:

What’s next for Portland?

There’s no denying that we have more renters in Portland Oregon than ever before but the big question is what’s being done to help those renters find more affordable housing in light of the recent spate of rental increases that have taken place across the city this year?

Thanks to recently enacted legislation landlords are now required to submit a 90 day notice to their tenants that they will be raising their rents; this gives the average tenant the ability to prepare for an increase in their rent or search for a new property.

Many people who have properties for rent Portland Oregon, especially apartment owners, balked at this legislation and stated that it violates state law, and some owners have even taken the city to court over this legislation, but as of today the legislation stands in place essentially giving renters more time than they had in the past to prepare for an increase in their rent or search for a new place to live.

Aside from the new legislation which is supposed to protect the renters in Portland, wages have been slow to keep up with the increasing rents over the last couple of years and many people who are making just over $16 an hour cannot afford to live in the city but, there is hope on the horizon as many companies within the last 12 months have relocated to Portland area, bringing the hope of more jobs and higher wages the region.

“The new figures, part of a sweeping housing affordability study released by the city Sept. 25, show Portland rents have climbed 8.4 percent across the city since last September—meaning the average monthly rent rose by about $100 in the past year.

That increase deepens fears among housing advocates that low-income families won’t just be priced out of central Portland neighborhoods such as Vernon and Sunnyside—but pushed out of the city altogether.

“What’s even more heart-wrenching is that these are many of the people who were displaced to here,” says Lore Wintergreen, who works for the city as the East Portland Action Plan advocate. “Are we now going to move those families completely out of Portland, is the question. Because we haven’t had the policies or the dollars in place to prevent it.”

How to Find a Home for Rent Portland Oregon

Working with an experienced property manager will save you the time, money and hassle of searching on websites like craigslist or local newspaper to find rental properties and best of all we can help you find originals that specifically matches your price point and all of your personal needs.