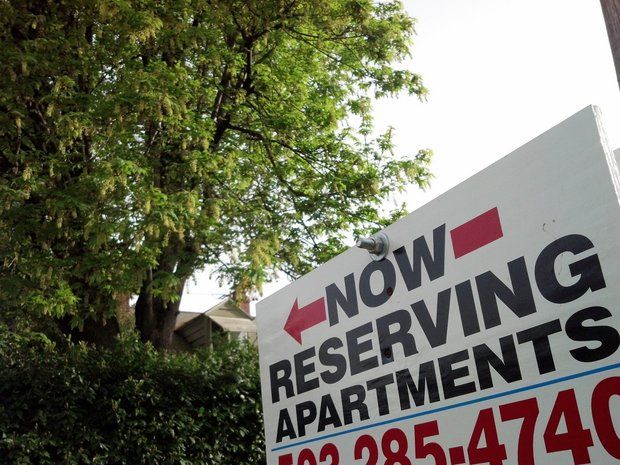 Rents unaffordable even for middle class in many cities, report says; Portland’s on the edge

By Elliot Njus | enjus@oregonian.com The Oregonian

The New York Times reported this week that rents in 90 U.S. cities are too high for a household making the median income to comfortably afford.

The report uses the 30 percent rule of thumb outlined by housing advocates and financial advisers — that households should put no more than 30 percent of their income toward housing expenses. In those 90 cities, as analyzed by the real estate website Zillow, families making the median household income will exceed that 30 percent threshold by paying the median rent.

The upshot? In many cities, even the middle class is squeezed by rapid escalations in rent.

Even dual-income professional couples are being priced out of the walkable urban-core neighborhoods where many of them want to live. Stuart Kennedy, 29, a senior program officer at a nonprofit group, said he and his girlfriend, a lawyer, will be losing their $2,300 a month rental house in Buena Vista in June. Since they found the place a year ago, rents in the area have increased sharply.

“If you go by a third of your income, that formula, even with how comfortable our incomes are, it looks like it’s going to be impossible,” Mr. Kennedy said.

Portland isn’t among those cities — but only barely. Zillow says the median rent is 29.8 percent of the median household income. It hit 30.0 percent in the year’s first quarter, a seasonal peak. Read More – Oregonlive.com