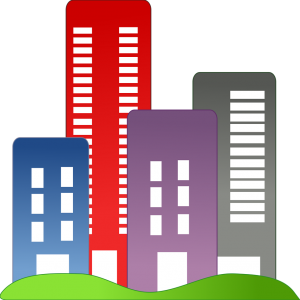 PORTLAND, Ore. – If you ask anybody on the street who is searching for a home or apartment for rent Portland Oregon if we have an affordable housing problem in Portland Oregon the answer will be yes, but the BIG question is what is the right strategy to solve this problem?

Many people who follow the lack of affordable housing in Portland including, Ted Wheeler, our State Treasurer, and Gerard Mildner, Portland State University Associate professor, are both openly questioning the Portland City Council’s recent meeting where they pledged to increase the spending on affordable housing across Portland Oregon.

At the recent 2016 Housing Forecast just about all of the 500+ attendees who were in attendance including real estate lawyers, bankers, suppliers and developers who are involved in construction across Portland expressed concern about the lack of affordable housing in the city even though affordable housing was not a topic of discussion for the event.

Right now it seems like a good time for Ted Wheeler to speak up and start talking about the lack of affordable housing across Portland since he’s currently running for mayor of Portland, and Wheeler has made it very clear in recent weeks that he favors less government intervention when it comes to building affordable housing, than relying upon subsidies from the city to get it done because, he said that more affordable housing projects can be completed for about a third of the cost and in half the time when government subsidies are not relied upon compared to projects that are built with private funds.

Developer Rob Justus, who has a social service background, has proven this by recently constructing an apartment building for a little under $65,000 per unit. Built for the nonprofit Portland Habilitation Center at Southeast 171st Avenue and Division Street, its 78 one- and two-bedroom units rent for $395 to $775 a month.

In contrast, most publicly-funded low-rent apartment buildings cost $200,000 or more per unit. Part of the difference is, publicly-funded projects require developers to pay so-called prevailing wages to workers, which are traditionally close to union wages. Also, Portland and some other governments require them to be built to LEED energy-conservation standards.

The new D. Street Salal Apartments are also smaller than some of the newest affordable housing buildings in the most urbanized parts of Portland. Mildner told the crowd that size matters when it comes to construction cost, with one- and two-story “garden apartments” being the least expensive type of housing that can be built. They can cost 25 percent less per square foot than four- or five-story wood frame mid-rise buildings, Mildner said, and half as much as taller high-rise buildings, which require steel frames.

Rent control has been on the minds of many people across the United States this year especially in cities like Seattle and San Francisco where rents are rapidly increasing by the day.

Here in Portland there’s widespread support for rent control but old laws like Oregon’s state law 91.225 oppose rent control because it “could” disrupt an orderly housing market and what landlords could charge for properties for rent Portland Oregon.

Will The Money Be Spent On Affordable Housing In Time?

Yes the Portland Oregon city Council recently declared a housing emergency and authorized hundreds of millions of dollars to be spent on affordable housing during the next 10 years but the question is will the housing finally be built in time for by the time for people who really need those homes or by then will rents have far exceeded incomes in Portland that the affordable housing developments For Rent Portland Oregon will be turned into more luxury townhomes or condos.

Until this question can be answered, people like Gerard Mildner are bringing new ideas to the affordable housing debate in Portland Oregon. In a recent interview, Mildner stood by his suggestion that less affordable housing should be built in urban centers because it’s more expensive to build there and developers should begin searching for land outside of city centers, even sacrificing agricultural land if needed so that we can have more space to build apartments for affordable single-family homes.

“Most families under the poverty line don’t live in subsidized housing, they live in market rate housing,” said Mildner, who is the director of the Center for Real Estate at PSU. “If we want affordability in our communities, we need more suburban land.”

Commissioner Steve Novick, who attended the forecast, agreed that building anything downtown is expensive. He expressed interest in the construction of more duplexes, triplexes and other forms of lower-cost compact multifamily housing types in existing neighborhoods — some of which are discouraged by existing building codes.

One of the biggest problems that’s been causing the affordable housing issue in Portland this year is the same that’s been affecting most cities across United States, it’s the age old issue of supply versus demand.

Housing inventory across cities like Portland is being stretched so thin that many landlords are now rapidly raising the rent on tenants across Portland, before the City Council’s recent requirement that landlords must give tenants a 90 day notice that they are going to be increasing their tenants rent becomes law on November 13th.

Although housing news has been bad recently the good news is that according to most economic analysts, the State of Oregon is now recovered just about all jobs that were lost during the recent economic recession and Oregon is shockingly outperforming the rest the nation economically, especially in the Portland area but, even though we have the second hottest job market in United States, wages have still not with increased with housing costs.

With the increases that we’ve seen and jobs across Oregon and a greater Portland area, the reality is that housing construction is still one year behind from where it really should be because, the actual building of single-family homes and apartments stopped about one year before the great recession.

Some housing analysts predict that the city of Portland will have sufficiently recovered to normal single-family home construction levels by the year 2017 especially since more millennials were between ages of 18 and 34 years old are now getting married and starting families of their own and, many analysts have said that the real sign of building a family is of course building or buying a house.

Save the time and money of searching for affordable homes and properties across Portland Oregon yourself by letting the experienced staff at Property Management Systems be your guide to the local rental market.

Besides helping renters with their needs we are also the most experienced Portland Oregon Property Management firm and we can help you efficiently manage plus get the most ROI from your rental properties.