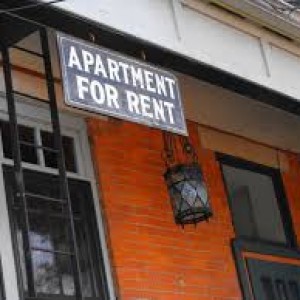 PORTLAND – If you ask anyone who has tracked homes or properties for rent in Portland Oregon over the last two years they will tell you that Portland has without a doubt been one of the top cities in the United States for rent increases but, thankfully, new data from Zillow shows us that rent appreciation in Portland Oregon and across United States is predicted to slowdown some during 2016 but, Portland will still continue to be one of the most expensive cities to live in nationwide as rents are predicted to climb nearby at least 3.8% this year.

Thankfully, anyone who is searching for homes or properties for rent in Portland Oregon will see some decreases in rents this year but, the hot Portland Oregon rental market still continues to be hot market as Portland ranks number six in United States for rental increases among other cities nationwide including: San Jose, Buffalo New York, step Cisco California, Seattle Washington, Denver Colorado, Miami Florida, Austin Texas and Los Angeles California.

Even though Portland Oregon renters are predicted to see some decreases in rent appreciation here during 2016 the reality is that it’s still going to be a tough year for many people since salaries and incomes have not continued to increase over the last two years with rents so essentially renters here are still going to be paying more for rental properties while earning less money but the good news is that a decrease is still a decrease and at lease renters have something to look forward to.

In the data from Zillow their statistics predict that rent increases are going to taper off by at least 1.1% by the end of 2016 and as mentioned above rent increases in Portland Oregon will go up by at least 3.8% this year but, that’s nothing compared to what we saw last year when rents increased by close to 10%.

Supply Is Finally Catching Up With Demand

Supply is also catching up with demand in more cities across the United States including Seattle, Denver, Atlanta and other hot markets just in time since construction of new multifamily and single-family homes has been behind by at least one year thanks to the recent economic slowdown.

Many Options on the Table to Slow Rent Increases

In spite of the good news that rate increases in Portland Oregon are going to be slowing down in 2016 many people including some Democratic lawmakers are doing everything possible to put options on the table for making that Portland Oregon rental market a little easier for renters including:

Besides all of these ideas, some state legislators also are considering the option of having legislation removed so that a property owner will not have to pay capital gains taxes when they sell their land at the market rate to a housing authority or local nonprofit organization.

Although many people in Portland Oregon support most of the ideas mentioned here some feel that ideas like exclusionary zoning will only make Portland Oregon housing more expensive especially for these reasons:

To search for homes, townhomes or single family properties for rent in Portland Oregon contact Property Management Systems today by calling us at (503) 646-9664 or connect with us through our website.