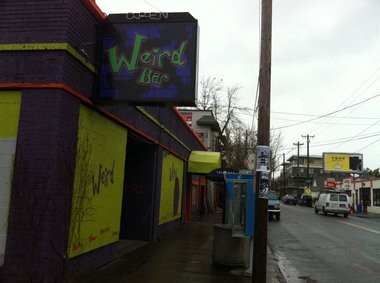 A developer’s plan to construct an 82-unit apartment building at Southeast Division Street and 37th Avenue has drawn the ire of nearby residents who say the project will clog streets and leave less parking.

The four-story building will include a small portion of retail space and three stories of apartments, with studios, one-bedroom and two-bedroom units.

Unhappy Richmond neighborhood residents confronted Mullens during an open house Monday night at the Waverly Heights United Church of Christ. The neighbors focused on two concerns: parking and the effect on the Division Green Street/Main Street Plan, a project passed by the City Council.

Parking is an issue because construction of the building won’t include new spaces. Mullens said the company would lease a lot across the street with 18 spaces that might fit 20 cars.

He also said the project will be marketed to those without cars and that incentives, including bus passes, are possible.

But some neighbors said that isn’t enough.

“Allowing an 82-unit building without parking is a dangerous precedent,” said Jordan Lanz, who lives four blocks from the site.

Lanz said after the meeting that he’s worried other developers will construct similar buildings on Division Street with little or no parking for tenants.

The city has encouraged high-density housing along public transportation corridors. Lanz acknowledged that but suggested such developments should be smaller or not clustered in the same neighborhoods.

Lanz also fears that nearby businesses — one focus of the Division Green Street/Main Street Plan — will be hurt by a lack of parking in the area.

Companies affiliated with Urban Development Group are working on similar projects in Northeast and Southeast Portland.

Neighbors of an apartment building being built near the Hollywood Theatre are also concerned about a lack of parking.

Construction is expected to start soon on a 71-unit building at Southeast Morrison Street and 20th Avenue in the Buckman neighborhood that will include 15 parking spaces.

“We’re trying to meet a need for affordable apartments in Portland,” Mullens said. “There is a huge demand and not enough affordable housing, especially in some of these neighborhoods.”