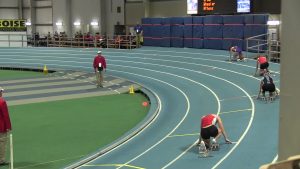 With the 2016 Olympics underway in Rio, the world is starting to talk about Olympic sites for the future and momentum is building to have the 2028 Summer Olympics hosted in Portland Oregon.

Could the 2028 Summer Olympics be hosted in Portland? This idea doesn’t seem far-fetched since the University of Oregon has hosted the track and field trials here in 2008 and 2016 so there certainly is an infrastructure within Oregon and Portland as a whole to bring the Summer Olympics here.

Getting Ready For the 2028 Summer Olympics?

This week a new website ( www.oregon2028.com ) was started which will be an obvious launching point for promoting the concept of bringing the Summer Olympics to Portland Oregon.

A Different Kind of Olympics?

The movement to bring the 2028 Summer Olympics to Portland Oregon is just beginning to build steam and has already earned the nickname “A Different Kind Of Olympics” with the hopes of shedding the spotlight on Portland Oregon since our city already is a leader in alternative energy and green building, both important topics that are of interest to Olympics backers around the world.

Thanks to Portland’s commitment to technology and innovation the 2028 Summer Olympics could be the first Olympics ever to have zero waste and the lowest carbon emissions, two things that are absolutely ideal in a changing world where many businesses around the world are focused on leaving a zero carbon footprint and building a cleaner world for the next generation.

How Does Portland Compete With Other Cities?

Yes, Portland has an excellent commitment to technology, innovation, and an excellent athletic community thanks to the University of Oregon but how does the city compete with other major cities in the United States that could also be contenders for the 2028 Summer Olympics?

For starters, Portland Oregon is just about the same size as Atlanta and Barcelona, two cities that were hosts for the Olympics in years past and we have a major advantage when it comes to being a contender for the Olympics thanks to Tracktown USA.

Running in America begins in Eugene, Oregon at TrackTown USA.

Home of the University of Oregon, Historic Hayward Field and birthplace of the most storied and respected track and field program on the planet, TrackTown USA holds a special place in the hearts of amateur and professional runners everywhere. Icons such as Steve Prefontaine, Kenny Moore and Alberto Salazar honed their talents here. Legendary coaches such as Bill Bowerman helped TrackTown USA produce numerous American record-holders, dozens of Olympians and scores of All-Americans. And always an incubator of innovation, TrackTown USA spurred the development of modern jogging and the contemporary running shoe, propelling the sport of running’s popular appeal to the masses.

What Would It Cost To Bring The 2028 Olympics To Portland Oregon?

2028 isn’t that far away when it comes to planning for the next summer games and the BIG question people have when thinking about having the Summer Olympics here is what will it cost? The answer to this question is upwards of $10 Billion dollars but, even though that number may seem huge right now the reality is that the 2028 Summer Olympics will bring in much more exposure, revenue, and jobs to the Portland area than anyone can imagine.

Portland Oregon is a realistic site for the 2028 Summer Olympics but there’s a long road ahead until the city is chosen because, Portland will also have to contend with bigger cities like Los Angeles, Beijing and Tokyo as potential spots for the Summer Olympics so if the City of Portland Oregon is serious about bringing the 2028 games here let’s hope that the right people come together to highlight all of the benefits that the city has to offer.

It’s the biggest city in the State of Oregon and with a population of over 632,309, Portland Oregon is definitely one of the most populous cities in the United States but what exactly does Portland have to offer especially when it comes to the city being a contender for the 2028 Summer Olympic games?

A True Sports City – Portland Oregon can without a doubt be classified as a true sports city since we have excellent University of Oregon teams, pro teams like the Portland Trailblazers and Portland Timbers plus scores of pro, semi-pro and weekend leagues that make Portland a “mecca” for sports and sports fans around the world.

Recreational Amenities – Portland will certainly be able to compete for a host of the 2028 Summer Olympics especially when it comes to the wide variety of recreational amenities in the area including hiking, mountain biking, rock climbing, camping, fishing and so much more.

Innovation – The City of Portland Oregon continues to be one of the leaders for innovation and technology advancement in the United States. Google recently chose Portland as one of the latest cities where it will bring its Google Fiber service and that’s only going to be an even bigger advantage for Portland as fast, instant connectivity will be ideal for NBC and scores of other news organizations who would be broadcasting or covering the games here.

Location – There’s no doubt that the city has one of ideal locations in the world for a summer Olympics and thanks to Portland’s International Airport anyone can fly here usually within one day or less from other major cities in the United States.

Are you excited about the possibility of the 2028 Summer Olympics being hosted in Portland Oregon? If so, share this article on social media!

For more information on Portland Oregon, or to speak with us about professional property management for Portland-area rental properties, contact Property Management Systems today by clicking here or calling us at (503) 515-3170. 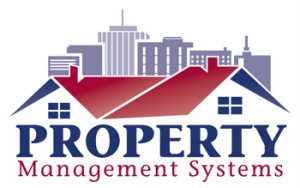 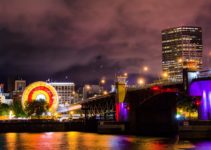 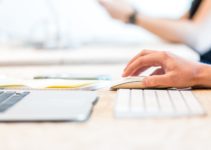 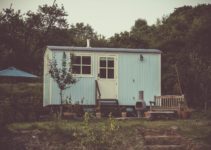