Home
Portland Rental News
Economic indicators seem to be flashing signs of continued improvement for the apartment industry in 2012.
Tweet Pin It 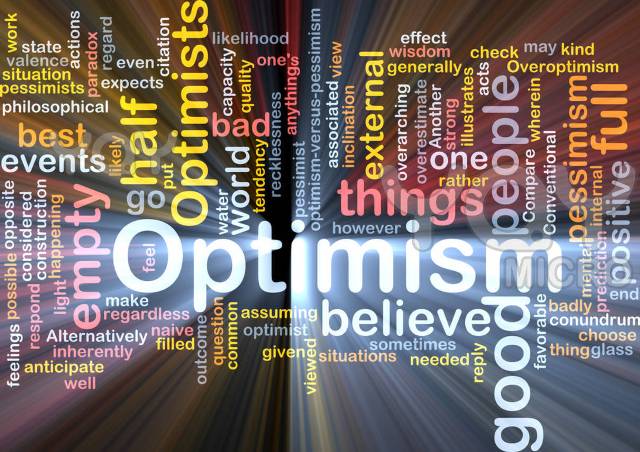 Economic indicators seem to be flashing signs of continued improvement for the apartment industry in 2012.

Cautiously optimistic may be the best phrase to describe the general mood across the apartment industry going into 2012. On the operations side of the business, substantial progress over the past two years has restored revenues to the levels seen prior to the recession in most parts of the country. Some areas are registering rents at new highs. At the same time, capital flows have improved quite a bit, leading to a sizable upturn in transactions within the existing product base as well as a modest bump in new construction starts.

But the overall economy remains very weak, raising some questions about the volume of future demand and the ability of the resident base to pay higher rents.

Total employment growth isn’t where anyone wants it to be, and the options for pushing job production to higher levels without spending a lot of money the country doesn’t have are very limited. New household formation likely will remain muted in 2012. Yet, net demand for apartments seems apt to prove healthy even in that sort of environment. Young adults, who tend to be renters, are getting most of the jobs that are available, and loss of renters to housing purchase remains way below the historical norm. Furthermore, it just won’t take much demand to surpass the small number of new units that will be delivered in 2012.

MPF Research’s examination of the performances posted for 6.5 million apartments across the country showed Q3 2011 occupancy at 94.8 percent, not quite back to the highs sustained in 2005-2007 but a little bit ahead of the long-term norm established over the past decade. Overall occupancy likely will firm further—roughly half of a percentage point or so—during the coming year, assuming top-line job change that is only very slightly positive.

Look for that occupancy improvement to be focused mostly in the middle-market segment of the product spectrum. Top-tier communities already are essentially full, while bottom-end projects will be most vulnerable to further softness in the job creation volume.

Annual change in effective rents for the country as a whole stood at 4.3 percent as of Q3 2011. Helping that overall number come in at such a healthy level, there weren’t any metros that lost substantial ground. While the change in Las Vegas technically fell into negative territory at roughly -1 percent, even the nation’s most challenged market nearly broke even. At the top of the charts, San Francisco and San Jose realized double-digit annual rent growth, and the pace of increase was at 6 percent to 8 percent in the rest of the Pacific Northwest as well as spots such as Austin, Boston, Denver, Minneapolis, New York and Pittsburgh.

The healthy occupancy anticipated in 2012 points to another year of rent growth that should basically mirror 2011’s robust upturn. But actual results will be influenced by how property management personnel handle a couple of key challenges on the way.

First, the fact that 2012 is a presidential election year guarantees a deafening roar of folks screaming that the economy is near total collapse and that the country must change directions to avoid heading off the edge of a cliff. Operators who cover their ears and set rents based on the financial results they’re experiencing at their properties should boost pricing substantially. On the other hand, those who let emotion play a big part in their decisions could leave money sitting on the table, particularly when it comes to raising rents for residents with leases coming up for renewal.

Second, even the best property managers probably will have to deal with resident churn above the unusually low levels they’ve gotten used to over the past two or three years. In most locales, 2012 will be the second or third year that rents have gone up notably at the same time that incomes haven’t moved up much, if at all.

While the ratio of rent to income remains well within the historical norm in the big picture across most metros, select households are going to feel that they’ve reached their spending limits. Some will choose to downgrade product quality when making housing choices. (That’s a factor in the favorable prospects for occupancy growth in the middle-market segment of apartments.) Others will opt for smaller floor plans, or we could see a minor upturn in the number of roommate households.

Acceleration in the loss of renters to purchase could impact apartment resident churn figures in the country’s strongest local economies, primarily the Texas metros.

The flood of distressed apartment assets anticipated by many as the country’s economy hit the wall in 2008-2009 simply never materialized. By late 2010, some who had been waiting for bargains moved on, and limited transaction activity at pricing not all that different from pre-recession levels began to emerge. Sales volumes then surged in 2011, though the total was only a little more than halfway back to its 2007 peak of roughly $90 billion, in part because lots of owners wanted to hang onto their product with so much upside potential anticipated in property performance.

Cap rates trended downward to an average of 5 percent to 5.5 percent for stabilized top-tier product in most major markets, and it wasn’t unusual to see sub-5 percent cap rates during the last half of the year for trades that involved trophy assets in gateway cities.

The economy’s general struggles don’t seem to be dampening the appetite for existing multifamily housing to any significant degree, as apartments remain the preferred choice across the real estate product types and are perceived as one of the safer options across the entire spectrum of investment alternatives.

Sales volumes appear likely to continue to rise meaningfully in 2012, with the exact figures apt to be shaped more by whether today’s owners are willing to sell than whether there will be demand for the properties that do come to market. Cap rates should come in at flat to slightly lower levels. Look for total capital deployment to be a little less concentrated on premium projects in just a handful of cities, though it’s still going to be hard to get a deal done on lesser-quality properties generally and particularly those located in secondary or tertiary markets.

On the development front, 2011 brought a slew of announcements for planned construction in the apartment sector. Yet, relatively few of those properties have started coming out of the ground so far, as it’s taking quite a while to get from the concept, financing and approval stages to physical construction. Completions in 2012 will remain very small by historical standards, no more than 150,000 units or about half the typical tally established in the decade prior to the recession.

Some developers report that cold feet began to show up among select equity sources as the general economy deteriorated in the second half of 2011, bringing into doubt whether starts in 2012 will ramp up to quite the volume anticipated previously. MPF Research expects a continued gradual upturn in building activity, rather than a sudden spurt, with starts likely to trend from about 175,000 units in 2011 to an average of some 200,000 to 250,000 units over the next couple of years.

Great, Good or Something Else?

Compared to the downright giddy expectations widespread across the apartment industry going into 2011, there’s a little bit of nervousness apparent now. Another collapse of the economy as a whole can’t be dismissed entirely. And that scenario would stall—but probably not completely derail—apartment sector momentum.

Most likely, however, is that the industry will weather a year of slow growth in the general economy without any real damage, logging a very healthy annual performance for apartment revenues and increasing velocity for transactions and development.

Wouldn’t you rather be operating in the apartment world at this point than in just about any other industry niche?

Greg Willett is Vice President, Research & Analysis for MPF Research, a division of RealPage Inc., and can be reached at greg.willett@realpage.com. National Apartment Association