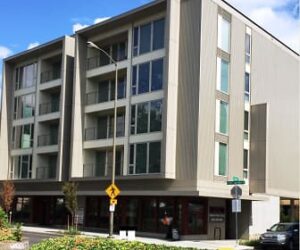 As most states across the country continue to work hard to get back to some semblance of “normal”, it was only a matter of time until eviction moratoriums nationwide came up for renewal.

The state of Oregon recently followed in the footsteps of California by renewing the state-wide ban on evictions until September 30th, although the eviction moratorium in Washington has only been extended through August 1st.

There’s no denying that the initial eviction moratorium was a smart move for the state of Oregon to make because it kept unemployed tenants off the streets and stopped a wave of evictions from occurring, but it only created a bigger problem that will eventually have to be dealt with.

Why The Eviction Ban Must End

As businesses continue to reopen across Oregon, and tenants who were previously unemployed are now going back to work, continuing to extend the eviction moratorium doesn’t make sense. It hurts landlords across the state, especially smaller “mom and pops” landlords who rely upon the income from their rental properties to fund their retirements and it makes it difficult for them to care for their rental properties.

In California, Oregon, and Washington, along with other states, there has been in the general push from tenants to “cancel rent”, or push back the responsibility of tenants having to pay rent for as long as possible.

Even though banning evictions in Oregon, and across the United States, was essential during the early days of the pandemic, continuing to extend eviction bans state-wide is not a smart move because it places an even bigger financial burden on the backs of tenants that they may never be able to repay.

Besides placing a huge financial burden on the backs of tenants, extending the eviction ban also continues to hurt landlords and the eviction ban may lead to a “foreclosure wave” as owners who have been unable to collect rent for months start defaulting on their mortgages.

Tenants across the state of Oregon have about 3 months left until the state-wide ban on evictions expires on September 30th.

The good news is that the state has been working hard on passing new laws, including HB 4213, a law that gives tenants a grace period until March 31st, 2021 to repay any back rent that they may owe once the current eviction moratorium extension has ended.

Across the state, it’s not been uncommon to find owners and tenants working together during the Pandemic so that unemployed tenants can pay their landlords some of their rent, instead of none at all.

Besides making payment arrangements with their tenants, many landlords have been forgiving the back rent that their tenants owe them because depending on how many rentals that they own, a landlord could save money on their taxes by losing a little money right now.

“I’m forgiving the back rent, I’m not asking them to repay it,” he explained. “I make a slight profit on my rental properties and so by now losing a little bit of money, I’m saving money on my taxes, so there is a benefit for me on that.”

Shiley is encouraging other landlords to follow his lead.

“It’s much better for landlords to either give people a break or to possibly consider forgiving that amount,” he said. “We are getting some forgiveness on our end for payroll from the government so that’s out there. It’s a good time to build bridges right now with your tenants. We all need each other.”

To learn more about what’s happening with the Portland Oregon rental market, or to speak with us about our property management services, contact us today by clicking here. 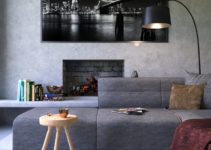 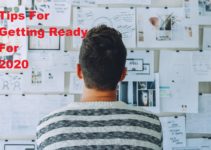