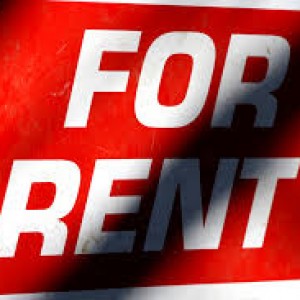 PORTLAND, Ore. – One of the biggest problems in the Portland Oregon Rental Market over the last 24 months has been the lack of Affordable Housing Portland but thankfully that’s changing. A local development firm is planning an affordable housing development in the Central Vancouver area, located at: 5500 N.E. Fourth Plain Blvd which will feature close to 200 units and offer locals more badly needed rental options in a tight rental market.

Although this project is only in the preliminary planning stages as the application was just submitted recently it’s attracted a lot of attention on the Portland area since we’ve seen some of the highest rents in the United States here.

The new project is called “KVAN Site” will feature three story apartment buildings, and since the location is also zoned for commercial we could also see some businesses at this site as well.

There’s certainly incentives for developers to build more affordable housing options in Portland and the surrounding areas thanks to tax exemptions but in order to qualify for those tax exemptions a development like the KVAN site must insure that at least 20 percent of their rental units are dedicated for Affordable Housing Portland.

As of 2016 the median income that a single person must earn to qualify for affordable housing is $59,110 while the median income for a family of up to four people is $84,295 and rent must not be more than 30% of a renter’s income.

Yes, the KVAN site will be a great development if approved but there are also other affordable projects under development nearby which will offer even more options to the community including Isabella Court.

Specifically designed for low income seniors, this development will feature 49 units and it’s slated to be finished by this December.

Portland-based nonprofit Reach Community Development inherited the Isabella Court project after merging with Affordable Community Environments in 2013. Reach owns and manages affordable housing around the metro area, including 34 apartment buildings, but Isabella Court is its first construction project in Vancouver.

Isabella Court will take up about 1.7 acres on the north side of the 3.41-acre property, leaving room to build a similar project on the rest of the land.

Across Fourth Plain from Isabella Court is the future site of the 30-unit Merriweather Place — that is, if the Housing Finance Commission gives the final go-ahead. Kris Hanson, executive director of Columbia Non-Profit Housing, is confident the project serving homeless people with mental health challenges will move forward.

“As soon as we hear that, we’re going to start working with the architects,” Dover said. “We do have the Housing Trust Fund money.”

In December, The Meadows project received $2,049,628 from the State of Washington Housing Trust Fund.

Twenty-three of the units will be reserved for formerly homeless people and the remaining seven will be for veterans or youth. Second Step plans to make some of the units accessible for people with disabilities.

Over the last 24 months Portland Oregon Real Estate has drawn the attention of investors from around the world and continues to do so as the area ranks consistently for the highest rents and fastest increasing property values in the United States.

A recent article from oregonlive.com and Jones Lang LaSalle, a commercial Real Estate firm showed that local landlords are quickly becoming a thing of the past in Portland and are being replaced by institutional investors.

Of the $1.7 BILLION dollars in property sales last year a large chunk of that money was found to come from Real Estate investment funds, trusts, pensions, unions, banks and other investments from across the United States.

Judith and Cliff Allen who own Marcus Apartments in the Portland area have estimated that they receive up to six offers per month because their apartment building is over 50 years old and represents the perfect opportunity for institutional investors who are eager to tear the building down and build a bigger apartment building on the same site then rent those units for much more.

Why Buy Rentals In Portland Oregon?

Years ago when Affordable Housing Portland was available, Rental properties were mostly owned by locals, but times have changed and thanks to low interest rates which are making it more difficult for traditional investment funds to make money we are now seeing those same funds invest in Real Estate at a pace not seen before especially since low interest rates also make it cheaper for investors to borrow money for acquisition and development.

Another thing that’s attracted the attention of investors to the Real Estate market are smaller deals like apartment buildings and the statistics show that investors have been going after apartments like crazy over recent years.

From 2009 through 2015 up to 40 percent of buildings with 79 units or more were sold to institutional investors and this trend has only accelerated at a fast pace in the last two years as well.

Apartments Aren’t the Only Thing Investors Want in Portland

Besides the hot demand for apartment buildings in Portland Oregon investors are also buying up office buildings at a rate not seen before since rents for commercial properties also have risen by 10 percent year-over-year, and like the rental market, Portland Oregon’s vacancy rate for the office market is the 3rd lowest in the United States.

A recent article on Oregonlive.com showed that investors are flocking to “secondary cities” like Portland Oregon because Portland offers predictable, stead and safe returns for investors especially if they are serious about holding onto commercial or residential rental properties here over a period of years.

And it’s not just Californians flocking over Oregon’s southern border – it’s their money, too. The buyer of the 2100 River Parkway office building, which sold for $35.4 million last year, was CalSTRS, the California teachers’ retirement system. (CalSTRS officials declined comment for this story.)

“There is not a very good return anywhere else,” said Brian Allen, owner of Portland-based Windermere Real Estate. “You know, the bond market, the stock market – a lot of the places where institutional money might park itself – it’s not that good right now. And people are seeing opportunities in real estate.”