Home
Property Management Tips, Facts and Information
What Credit Score Do You Need to Rent an Apartment in Portland Oregon?
Tweet Pin It

PORTLAND, OR. – Are you an owner or renter and are wondering what credit score you’re going to need to rent an apartment in Portland Oregon? 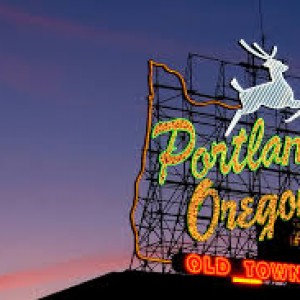 About the High Credit Score

Although some people may balk at the idea of Portland and other major cities in the United States requiring a high credit score to rent a home, the reality is that a high credit score requirement does offer benefits to everyone including owners and renters.

Requiring renters to have a credit score of 690 or higher almost guarantees that the renter is in good shape financially and isn’t going to walk away from the rental in the middle of their lease or be an irresponsible renter.

Yes, it’s true that asking renters to have an average credit score of 690 or higher isn’t always pleasant to some renters but the reality is that it’s good for the community overall and the long-term growth of the rental market as a whole.

Portland Isn’t the Most Expensive City to Live In

One interesting thing that the rentcafe.com article brought to light is that Portland isn’t the most expensive city in the United States to live.

In Boston you have to have an average credit score of 737 to rent there and the average rent is $3,232 per month.

Those renting in a hot rental market like Seattle, WA also have a high average credit score of 711. Seattle rent prices have increased as much as 52% in the last 5 years and have topped $2,000/month. With numbers like these, the connection between demand for rental housing and credit standards for renters is hard to ignore.

Maybe we expected insanely expensive cities to have insanely high credit standards. But it’s a bit unexpected to find Minneapolis, MN sharing the third spot on this list with Seattle. With an average rent approaching $1,500/month, Minneapolis apartments were rented to applicants who had an average credit score of 711, a sign that this Midwestern market is becoming more competitive. Rents in the twin city jumped almost 30% over the past 5 years.

No. 5 Oakland, CA is another example. Rents jumped almost 53% in 5 years in this Bay Area town, turning it into one of the most expensive and competitive rental markets in the U.S. Therefore, it doesn’t come as a surprise that renters in Oakland who got their name on a lease had an average credit score above 700.

Nashville, TN wraps up the top 10, with an average score of 686. The apartment market in Music City has exploded in the last 5 years, posting a 49% rent growth.

What about the most expensive rental market in the U.S., New York? Those who applied for and were accepted to rent an abode in America’s “melting pot” in 2017 had a very “average” average score of 654.

Where can rental applicants get by with a low credit score?

Sin City is in 50th place. The average score of applicants who are approved for an apartment in Las Vegas is as low as 590. Next up are renters in Memphis, TN, with a credit score of 592, on average. Milwaukee, WI, Mesa, AZ and Arlington, TX are also at the bottom of the list. Check out the complete city table below.

Renters’ credit scores by generation: Baby Boomers ahead of the rest

Looking at renters by generation, Baby Boomer renters are in the best credit shape, with the highest accepted average score — 683. Millennial renters’ credit is much lower — 650, about the same as Generation X renters, who have an accepted average credit score of 649, while Generation Z applicants, the youngest of them all, were accepted with an average credit score of 623. The average scores of those who were rejected were also highest for Baby Boomers (560), but lowest for Millennials applicants (530).